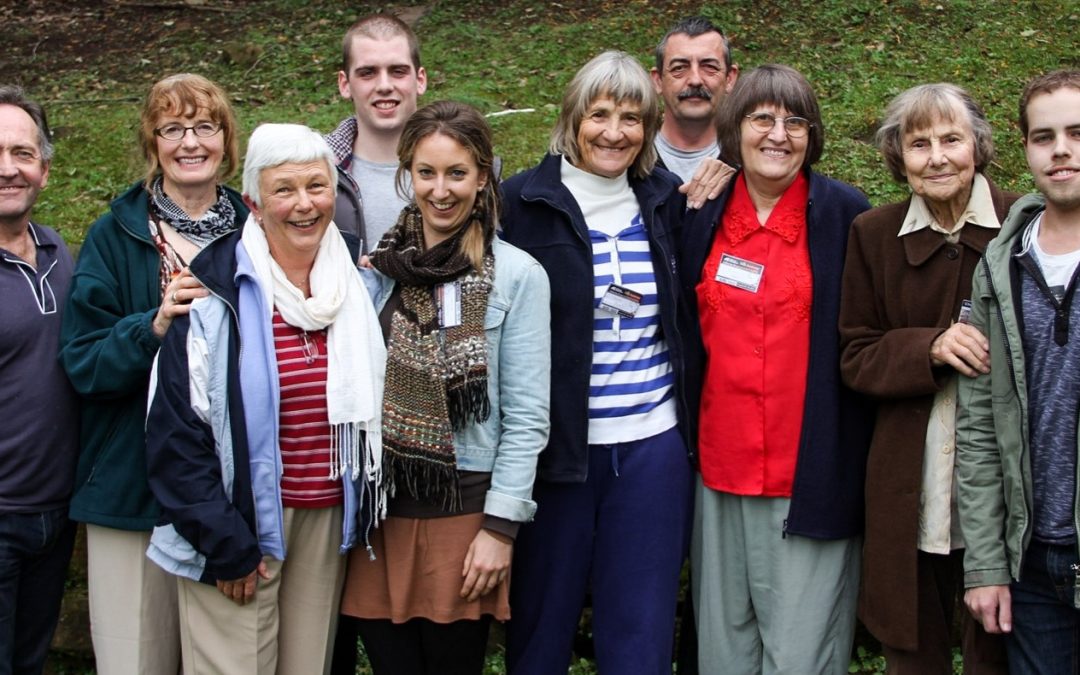 As long time supporters of African Enterprise, begun by Michael Cassidy in 1962 to “Evangelize the Cities of Africa through Word and Deed in Partnership with the Church.”, the fiftieth anniversary in 2012 was one to celebrate. With Ann, who makes and sells jam to support AE, I took the opportunity to join a team from Australia, New Zealand, the UK, France, Belgium, Canada and ten African nations to share in the week of “Choose Zikhethele” mission to Pietermaritzburg, KwaZula Natal, South Africa on 12-19 August, and stay for the week of Jubilee following.

The first AE mission was 12th August 1962 and Michael Cassidy was at the PMB City Hall for the opening rally on 12th August 2012. Also present was Paul Birch, a Canadian who was one of the original team of five. He played the magnificent organ pictured. 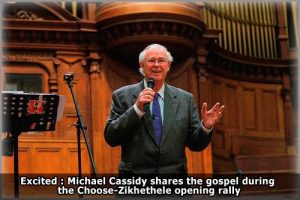 Over 600 events were planned in the week of stratified mission, ranging from nightly tent rallies in up to 8 venues around the city, a youth rally and a bikers rally, open air meetings, and visits to townships, informal settlements, government departments, factories, bus stations, the magistrates court, prisons, police and fire stations, post offices, primary, secondary and trade schools, colleges, universities, hospitals, aged care facilities, children’s and retirement homes, hair salons, disabled centres, shops, restaurants, businesses, street workers, banks, community centres, outreach events and feeding stations run by local churches – anywhere people could be found. Evangelists had come from near and far to share the good news of life in Jesus – that by all means they might save some.

The Australian and New Zealand team, (including a 92 year old from NSW) took part in church services and rallies, visited businesses, schools and hospitals, church outreaches, speaking and praying. Some with computer and graphic design skills employed those for AE work. We never knew what we would be doing each day. 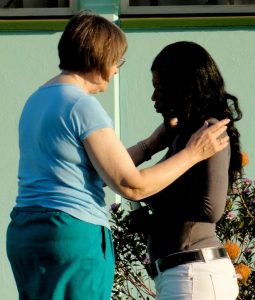 Based on the number of response cards received, a total of 3550 people made first time commitments, accepting Jesus as Lord. Another 1450 re-committed their lives to Christ during the mission. A long-term phase of the campaign has immediately kicked in, aimed at running a number of sustained activities that will help to create a model city that reflects the glory of God over a decade, according to the organisers.

The week of Jubilee saw guests from the USA, Australia and the United Kingdom as well as other parts of South Africa join in a week of looking back and looking forward, connecting and reconnecting with the Team Leaders from South Africa, Tanzania, Malawi, Democratic Republic of Congo, Uganda, Kenya, Zimbabwe, Ghana, Rwanda and Ethiopia showcasing the work of AE in their nations.

I found this week particularly interesting, with the opportunity to meet team and staff. I had known of Bishop Festo Kivengere of Uganda as a teenager growing up in the UK. Festo had begun AE East Africa 40 years ago. Bishop Edward Muhima, past Chairman of AE International, spoke a number of times and presided over a moving communion service on the final day together.

Fifty trees were planted in memory of those who had played a significant part in AE’s history, and Edward planted the first in memory of Festo, who died in 1988. Some may remember his visits to Australia with African Enterprise.

During the Jubilee week a photo exhibition on reconciliation over 50 years was opened by Rev Frank Chikane, an Apostolic pastor and former advisor for Thabo Mbeki and member of the African National Congress, at the KwaZulu Natal Natural History Museum. He spoke later in the week on reconciliation. This was particularly appropriate as agents of the apartheid government had attempted to assassinate him in 1989!

“A Witness Forever,” hosted by AE to reflect on 50 years of city mission, civic engagement and leadership development by the organisation in South Africa was held on 21st August in the Pietermaritzburg City Hall. Over 300 invited guests heard KWAZULU Natal (KZN) Province Premier, Dr Zweli Mkhize, thank African Enterprise (AE) for taking a leading role in propagating the gospel of Jesus Christ and also for being outstanding peace brokers in South Africa and abroad. He paid tribute to AE for being an institution that has preached the gospel faithfully, “with footprints all over South Africa and elsewhere in the world… (and) also going all-out to work with communities.” 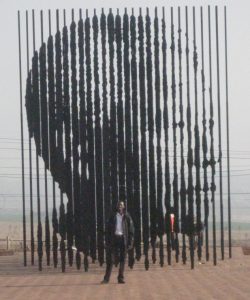 There were a couple of sightseeing opportunities, one walking around Pietermaritzburg’s historical precinct and the other to the Nelson Mandela Capture site, which had opened on the 6th of August. It is significant that Nelson Mandela was captured near PMB, a few days before the first mission in August 1962. The new centre is part of a regeneration project to reinvigorate the rural community of Howick.

Since Michael Cassidy stepped down as International Team Leader, he has been investing much time mentoring young evangelists in Barnabas Groups in South Africa. Some 90 of the 200 in the groups were able to come together for the first time. I met three ladies from East London who were pleased to meet someone who had been praying for them!

The final event of a momentous fortnight was the gala dinner at the Alan Paton Hall of Maritzburg College. Some of the Aussie team had a hand in the stunning table decorations and place settings for some 600 friends and staff. Stephen Lungu (whose story is told in Out of the Black Shadows), completed six years as International Team Leader on this night. Michael and his wife, Carol, were honoured and thanked.

Stephen Mbogo, a Kenyan was inducted as the new ITL joining the International Board of African Enterprise with Jonathan Addison (Chairman) and Mike Woodall (Chief Operating Officer), who are both Australians.

I came back with 50 ZAR (less that $A6.00), lots of wonderful memories and a desire to make this great organisation better known.