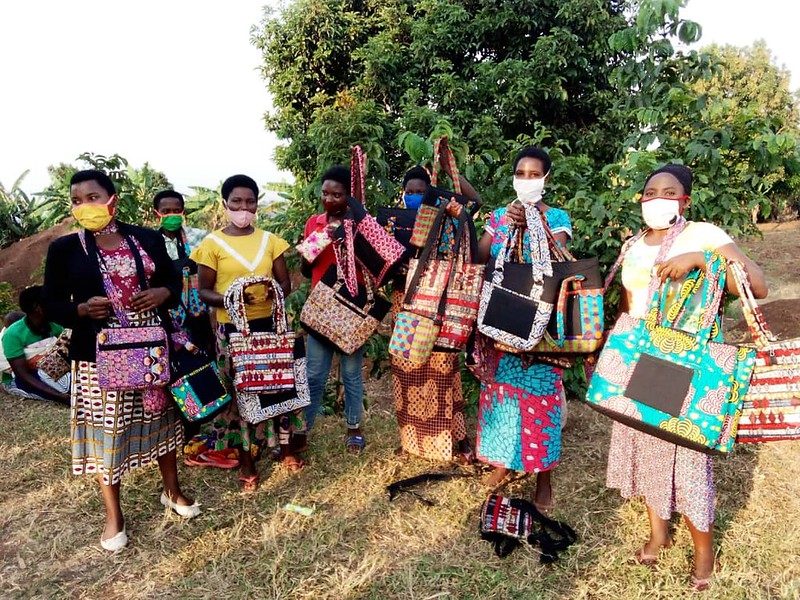 In 2002 AEE Rwanda piloted the first Rwandan self-help groups (SHGs, also known as community transformation groups), adapting the successful Indian SHG model to work locally. Since then, with its partners, AEE Rwanda has brought the transformational power of SHGs to hundreds of thousands of Rwandese.

A typical SHG is formed by fifteen to twenty people living close to one another and in similar economic and social circumstances. Members are generally drawn from the poorest and most vulnerable in a community. In Rwanda the SHGs are predominantly all-women – recognized as the most successful model – but increasingly men’s and mixed SHGs are prospering. Each SHG will set its own rules when it is formed and is expected to manage its own business with community facilitators and AEE field staff providing assistance and guidance only.

SHGs pool members’ resources through savings. Starting small, members might save the equivalent of twenty to fifty cents a week. Selected by turn, need, and their ideas, members are granted a loan. Most often the loan is used to fund a small business activity such as buying produce from a grower to sell at market. The loan is repaid to the group and the member keeps the profit. With the increased income the groups are able to quickly increase their savings, opening the door to more ambitious projects. As the groups mature they form together into clusters. A cluster might rent or buy rented tracts of land to grow vegetables for sale, or even build early childhood centers where the community’s children can be safe and stimulated while their parents work. As clusters mature, they form into federations, and SHGs collected into a federation are strong enough to work in partnership with district authorities and NGOs on broader community projects.

But SHGs do more than just build economic prosperity. Through belonging and working together, SHGs build a person’s holistic well-being.

“I could never leave my self-help group. With the group, I moved out of isolation. Bringing up children alone used to scare me. It was very hard; but being in the group gives me energy now. I feel I have a family.” Olive, single mother of four children

I can’t express in words what my group means to me. They are my sisters – we support each other in everything. Rose

In recent years, AEE Rwanda is extending the SHG model to people with disabilities, providing the dignity of belonging and contributing.

Before, people with disabilities had to hide and we were alone. But now we can come forward and live among other people. We have self-respect. Abera

Through the generous support of our partners, hundreds of thousands of Rwandese have benefitted from SHGs, and these benefits multiply through families and communities. Children are better nourished, better schooled, better prepared to be a part of Rwanda’s future. Communities are transformed from the increased economic activity, the community projects, and the sense of empowerment, purpose, and cohesion.

Community benefits are starkly evident in the recent and ongoing COVID-19 response. SHGs have worked in their communities to communicate vital health messages and combat rumor and misinformation. Those SHGs with the means have produced cloth masks for their communities and run community kitchens for children under five whose parents had lost their incomes.

Africa’s place in Global Christianity Opponents of Christianity declare that it is dead. Despite their untimely celebration, our faith is very much alive. All over the world. In Africa, its pulse beats strong. In a continent that the world may have forgotten, God is...

AEE-Rwanda implements a healing and reconciliation program targeting both students and out of school youth. The program also targets the key community groups that have greater influence on youth. The key ones being parents, teachers, grassroots leaders, and pastors....

Poverty neglect and rural migration have led to around 61,000 children aged under 15 years being forced onto the streets of Ghana’s capital city Accra. Sadly the right to food, health, education and a safe environment are missing for these children and they are open...