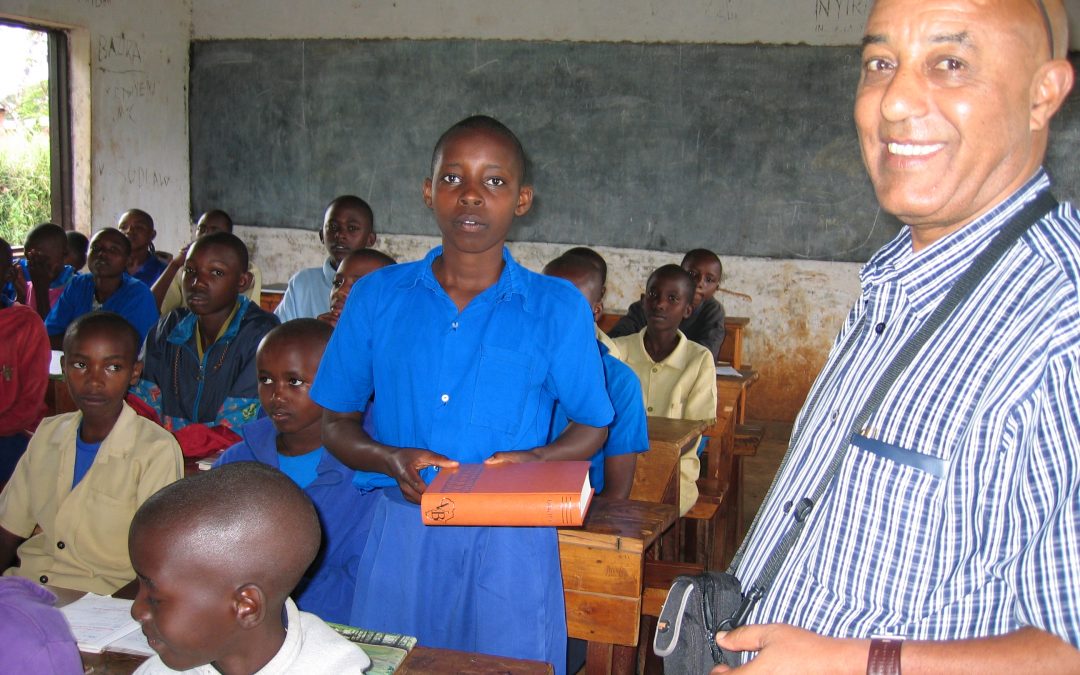 “Real life heroes exhibit an uncanny ability to persevere despite the odds, and to do so with humility and dedication.” (United Nations)

World Humanitarian Day, held on the 19th of August each year, celebrates “real-life heroes who have committed their lives to helping others in the most extreme circumstances throughout the world”.

Here at AE Australia, we are grateful for a team member who is a hero to many. At 76 years of age, Mehretab Tekie has spent his life serving humanity. Mehretab, or Mehr, as he is affectionately known, kindly agreed to tell us more about his life’s work. Our conversation with him was both humbling and inspiring. 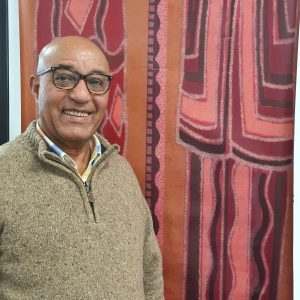 Mehretab was AE Australia’s Aid and Development director from 1995 to 2010, and now volunteers at our AE office in Sydney. As well as assisting us with the review of our Aid and Development proposals and reports, Mehr is currently preparing the phase 2 proposal of an exciting project in Rwanda, which fosters racial reconciliation in schools. Mehr currently also volunteers at his local council, where he provides a course on global issues and tutors migrants in conversational English.

Born in Eritrea in 1944, Mehr is the 5th of 10 siblings, and was the first in his family to attend university. He discovered his passion for humanitarian aid while studying a Bachelors degree in Ethiopia. After receiving a scholarship, he went on to complete a Masters degree in Land Use Planning in the Philippines. He served as Associate Professor of Planning in the Philippines for 8 years, after which he became a senior lecturer in Kano, Nigeria. During this time, Mehr published many articles regarding poverty and development, especially in Africa. Mehr then worked as a research scientist in Thailand, before migrating to Australia in 1988.

From 1988 to 1995, Mehr worked with AUSTCARE to provide emergency humanitarian relief to refugees in Southern Africa. As part of his work, Mehr frequently went to war zones in Africa to deliver food and medical supplies. He recalls how risky his job really was – he contracted malaria several times, and during the civil war in Mozambique, he was once hijacked at gunpoint by rebel soldiers.

From 1995 to 2010, when Mehr was AE’s Director for Aid and Development, many of AE’s long-term development projects were established, including the Milne Medical Centre and Soweto Kayole Primary Healthcare Centre. One of the highlights in Mehr’s career was when AE Tanzania’s reforestation project was evaluated by CSIRO, and was named the best AUSAID-funded reforestation program ever implemented. This innovative project, overseen by Mehr, enabled subsistence farmers to plant rapidly-maturing trees, and harvest and sell timber to provide for their families.

In reflecting on his passion to serve humanity, Mehr simply states,

“I’m human like others. When I compare myself with those who have no opportunity, I see that I don’t lack. With my Christian background, it’s only human to respond to the needs.”

Only human perhaps, but a real-life hero indeed.

A snapshot of Africa

Africa in 2021 - progress and challenges Despite significant challenges, and persistent uncertainty, Africa has made extensive progress in recent years. Since the year 2000, violent conflict in Africa has greatly declined. Data from the World Health Organization...

Remembering Stephen Lungu 1942 – 2021 Tributes have sprung up around the world, following the tragic news of Stephen Lungu’s passing. Each of these tributes honours Stephen’s fruitful ministry, and reflects on his beautiful smile and joyous laughter. It was not always...