Ethiopia – “I have hope for my life now” 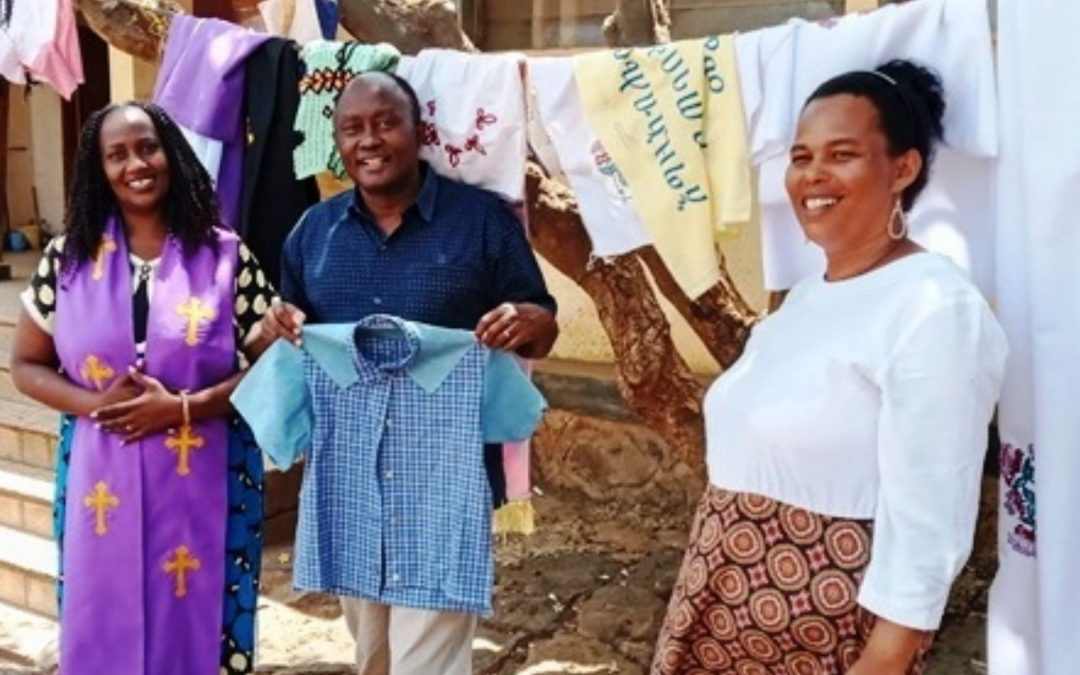 AE’s participation in Ethiopia’s Emergency Response Program and the Sewing Project for Vulnerable Women has been an answer to prayer and a genuine blessing. The benefits of both are being felt by entire communities.

Our first round of graduates from the sewing program are already in the process of establishing their own businesses! The AEI Team was able to visit to provide valuable mentoring advice, and focused on assessing the success of this Community Transformation Group (CTG) program.

It was heart-warming to see how skills development coupled with the love of Christ can change the lives of vulnerable women.  In the last 4 months, the graduates have even progressed to marketing their products.

Young orphan, Lemlem Tibebu has benefited greatly from the project. “It is a miracle that I joined this training program,” she says. “I have hope for my life now. I know there is someone who cares for me. My goal is to help myself and others who are like me.”

AE was also part of the emergency response targeted at displaced people currently in camps in an area called Azezo. The support focused on 598 women as direct beneficiaries. 12 kilograms of wheat flour, 2 liters of cooking oil, and one bar of soap were supplied to each woman.

Donations were distributed with love and messages of encouragement, and the majority of the 1,654 people in the camp were indirect beneficiaries.  The emergency response was implemented in partnership with the Azezo Mulu Wongel Church.

Thanks to a previous working relationship with AEE, the church was able to facilitate discussions with local government and camp administration. They also gathered several donations that were distributed throughout the camp.

The Government’s Head of Gondar City Administration Emergency and Food Security Office made a plea for the continued support of displaced people. Due to ongoing fighting between groups, the numbers arriving at the camp continue to grow.

AEE is grateful to Barnabas Fund UK, who supported us through AEI. We also want to thank the AEI staff from Nairobi who led the distribution of emergency aid on the ground. This outpouring of love and care is a huge help to people who are desperate at a time when they need it the most.