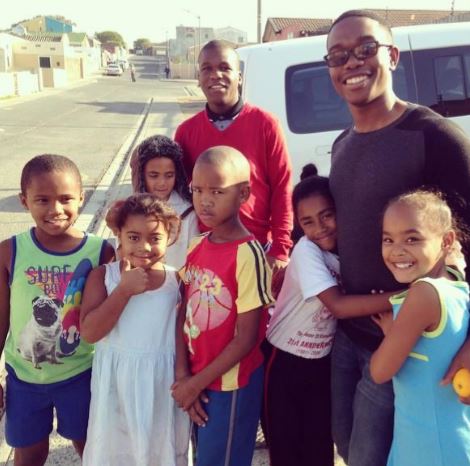 To reach the Cape Flats, to touch the hearts of thousands affected by violence and a sense of hopelessness, we need well-trained gospel workers from the Cape Flats who have a desire to reach out to their community.

To this end, Trinity Church in Mitchells Plain has partnered with East Mountain, an internship programme that teams local interns with interns from the United States. In this way the interns navigate the difficulties of cross-cultural living….

One such intern is a young man called Lorenzo Arnolds. During his time at East Mountain he was appointed to serve at Trinity Church to help run the kids’ clubs. The next logical step was his enrolment at GWC. He completed the one-year Higher

Certificate in the Children’s Ministry track, and then enrolled for the three year programme. At the end of 2019 Lorenzo completed his degree and will be serving as a curate in 2020, with the long-term goal of serving in the Cape Flats.

“Within this final semester of my final year I have been greatly challenged by the module called Missiology, which is the study of the church and its mission. Our lecturer believes that mission is also bearing witness to the Lordship of Christ through things such as social action and fighting against injustice, because the kingdom has been inaugurated, Christ is Lord, and we as the church ought to bear witness to this in a broken world. I agree with my lecturer in saying that mission is more than just evangelism. As such, I feel the pressure even more, for I ask myself, “How will I pursue this mission in the country of South Africa?”

Lorenzo will be serving at St. Timothy’s as a curate for two years in Ottery, Cape Town, before returning to his sending church, Trinity Church in Mitchells Plain.