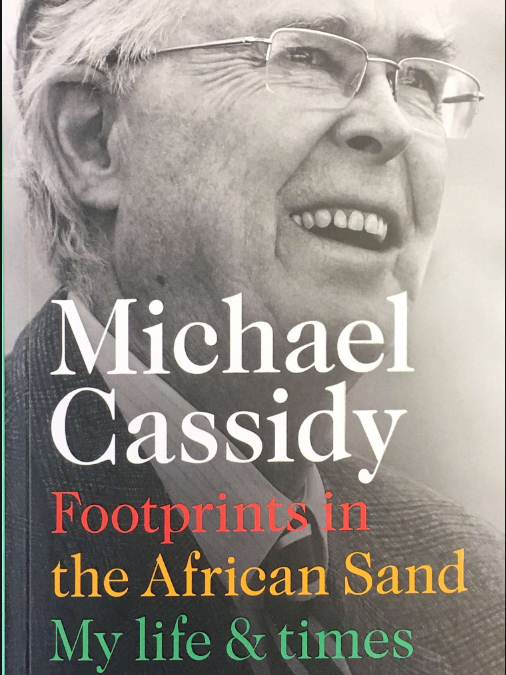 Celebrating Michael Cassidy, and AE’s legacy, on his 84th birthday.

“The godly walk with integrity; blessed are their children who follow them.” (Proverbs 20:7)

At sunrise, on a beach in Liberia in 1961, Michael Cassidy had a conversation with God that changed the course of history. Michael describes how “the Lord, my Lord, felt very near. All I wanted to do was tell him he was mine and I was his – by purchase, by conquest, and by self-surrender.”

With AE a fledgling organisation at the time, Michael explains how he drew an outline of Africa in the sand, along with the words, ‘claimed for Jesus Christ’. Michael asked God for 50 years of ministry in Africa, ‘a year for each state presently on the African continent’. He then paced the beach, counting out 50 steps in the sand – each footprint representing one year of ministry.

Sixty years later, AE has enormous influence in Africa and Michael is a spiritual father to many. Unlike fading footprints on a beach, steps of obedience to Christ’s cause have been etched into the annals of eternity.

Michael’s faithfulness has paved the way for a new generation of leaders, passionate for the cause of Christ. They will continue to impact the continent of Africa, one step at a time.