Marquis Who’s Who in the World 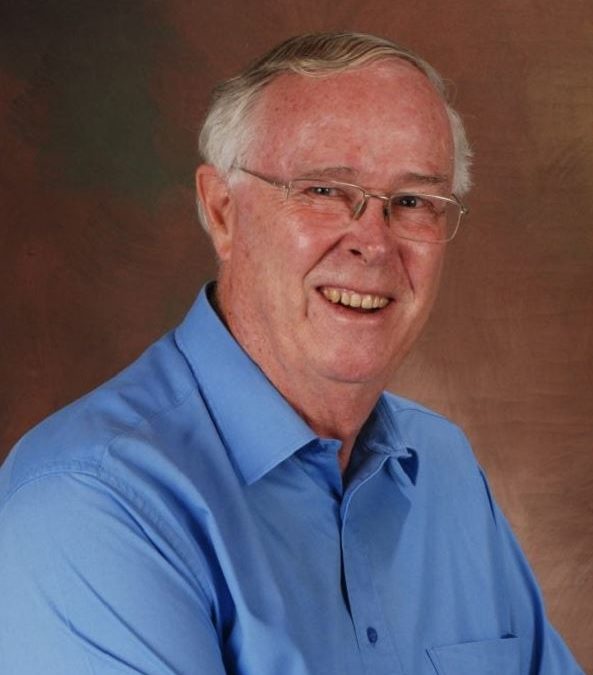 Dr. Cassidy established African Enterprise in 1961 to address pressing issues on the continent through evangelism

HILTON, SOUTH AFRICA, October 22, 2020 /24-7PressRelease/ — Michael Cassidy has been included in Marquis Who’s Who. As in all Marquis Who’s Who biographical volumes, individuals profiled are selected on the basis of current reference value. Factors such as position, noteworthy accomplishments, visibility, and prominence in a field are all taken into account during the selection process.

Michael Cassidy founded African Enterprise in 1961 and built and served in this ministry for almost 60 years. He is an evangelist, a respected and loved Christian leader, statesman and author. He has conducted evangelistic missions all across Africa & overseas in Latin America, Australia, USA, Ireland and Israel.

He is the author of numerous books, his latest being his memoirs, Footprints in the African Sand. He is known as a reconciler and played a key “behind the scenes” role in South Africa’s miraculous first democratic election in 1994 about which he wrote a book entitled A Witness Forever. He addressed the South African situation in two other books entitled The Passing Summer and The Politics of Love.

Overall, on a political level, Michael has been very involved in behind-the-scenes facilitation of initiatives, which have brought together a wide spectrum of political leadership in dialogue. In 2009, Michael received a Peacemaker Award from Christians for Peace in Africa who then invited him to become their patron. He received other awards from Rotary International and the Anglican Church.

He has had the privilege of addressing a number of influential figures, including British parliamentarians and members of the House of Lords, European parliamentarians, members of the diplomatic corps and officials of the European Commission and NATO in Brussels, as well as 300 Irish and Northern Irish leaders. He also met with former President Robert Mugabe, present President Emmerson Mnangagwa and Zimbabwean government ministers and the Ugandan and Ghanaian governments in Kampala and Accra respectively. While conducting a mission to Lusaka, Zambia, President Kenneth Kaunda invited him to conduct a mini-mission to his cabinet. Michael has also been privileged to speak both in the New Zealand and Australian National and State parliaments.

Michael was named the Honorary Chairman of the global Lausanne Movement for World Evangelism in 2012, succeeding the late John Stott, and was also made the Distinguished Alumnus of that year at Fuller Theological Seminary in California. He holds an Honorary Doctorate from Azusa Pacific University.

Along with Evangelism, Michael and African Enterprise have sought to be a unifying force among Christians by spearheading the largest Christian interdenominational leadership gatherings in Africa over the last fifty years. These gatherings included the South African Congress on Mission and Evangelism in Durban (1973); the Pan African Christian Leadership Assembly (PACLA) in Nairobi (1976 and 1994); the South African Christian Leadership Assembly (SACLA) in Pretoria (1979 and 2003); the National Initiative for Reconciliation (NIR) in Pietermaritzburg (1985); and the National Initiative for the Reformation of South Africa (NIRSA) in Pretoria (2008). Michael also led and chaired the Marriage Alliance of South Africa, an inter-denominational Christian movement seeking to keep marriage in South Africa heterosexual and monogamous.

They contested this in Parliament and up to the level of the Constitutional Court.

He earned a Master of Arts in Modern & Mediaeval Languages from Cambridge University in 1958 and a Bachelor of Divinity from Fuller Theological Seminary in 1963.
Michael and his devoted wife Carol celebrated their 50th wedding anniversary in December 2019. They have 3 grown up and married children and eight grandchildren.