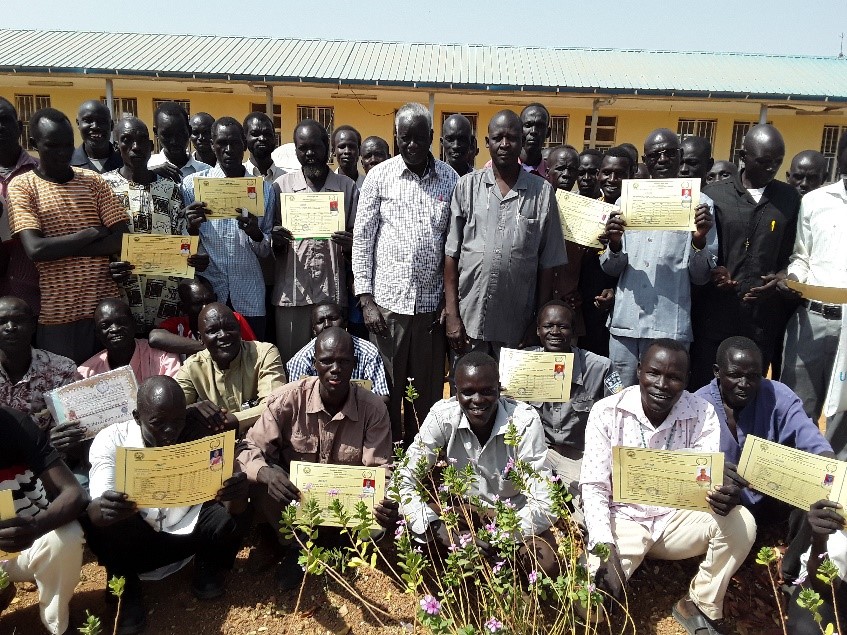 Santino Yuot, a former refugee and leader in the South Sudanese community in Australia, has a passion for the gospel in his home country which has been enhanced by studies at Sydney Missionary and Bible College. 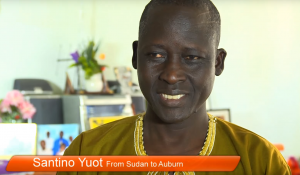 AE provided funding towards Santino’s trip to his hometown Wedweil in the northern part of South Sudan (Aweil State) at the end of last year. This area was reduced to rubble during the war with Sudan and remains extremely poor and neglected. A staggering 92% of the population live below the poverty line and many have never experienced proper schooling. The government has been unable to provide even basic education services, and Santino has also been working with other NGOs to rebuild the local school.

Many became Christian during the war and became committed to preaching the Good News despite not having even basic Christian training. Santino has a passion to train these men and women to be able to deliver a faithful bible-based message. As almost all South Sudanese identify as Christians the government schools have Christian Development studies as part of the curriculum. So training Christian teachers to know the gospel clearly will have a multiplying effect on all their future students.

Santino used the NT 1 module of PTC (the Gospel of Mark) and 2 Ways To Live materials to train both pastors and teachers. He recruited several other ministers to present the material both in English and Dinka using the recently repaired classrooms.

As pastors generally do not receive salaries and some had travelled up to two days on foot from other states, food and dorm accommodation was also provided.

Please pray with us: