Tributes for the late Stephen Lungu

Beloved Mama Rachel, all the Lungu family, all AE colleagues and multitudes of Stephen’s friends around the world,

It is my great privilege to pay this heart-felt tribute to my beloved friend, successor in AE as international team leader and colleague in the gospel, Stephen Lungu, who has today gone to Glory to be with the lord he served so faithfully. I send to you all the deepest sympathy on behalf of my wife Carol and myself, and everyone in the AE ministry worldwide.

It must have been an enormous shock to you Mama Rachel and the family, when you got the news earlier today of Stephen’s death. I must say I have felt absolutely stricken in my own spirit since I received this news. Stephen was one of my most loyal personal friends and long-standing colleagues in the AE ministry. He was of course my successor as international team leader and CEO of African Enterprise, a role in which he distinguished himself on all fronts as a leader of the work, a frontline and highly effective preacher, as well as an accomplished fund-raiser.

In the midst of all this he was a deeply dedicated family man and, Rachel, he loved you dearly, as well as the family, and he always spoke fondly of you, even sometimes in his preaching. We know you and the family will feel the loss of him profoundly but we are trusting that his Lord and yours will fill your hearts with divine comfort and a wonderful sense of his Presence.

I have known many preachers over the years in African Enterprise, and beyond it, but I don’t think I have ever known a more passionate and endlessly energetic preacher of the Gospel than Stephen. None of us could ever match his energy or his day and night sharing of the gospel, whether from public platforms or in shops and restaurants. To be sure there will be thousands and thousands of people in heaven because of Stephen Lungu. These will range from ordinary citizens and common people to leaders in high places and to teenagers and little children. Young people, and of course older ones, were always heart-warmed by his infectious smile, rollicking laughter, all with his sparkling white teeth shining through!

His marvelous sense of humor and his dramatic testimony was exceedingly effective in university and high school missions. Alan Smedley, Chaplin of Michaelhouse, a prominent private school in South Africa, said that ‘the whole school, every single boy, responded to Stephen Lungu when he came to the school.’ that kind of thing happened all over the world.

I will always remember the night in the early 1980’s when Stephen interpreted for me in a Malawi Keswick Convention. I was always convinced in that sermon that Stephen was preaching a much better message than I! Afterwards we sat together in a little Volkswagen where I felt constrained to invite him into African Enterprise. Not long thereafter Stephen joined us and became a frontline preacher and ball of fire for Christ preaching the Gospel all over Africa, and around the world, sometimes in astonishing places, such as the Oxford Union, and even the Pentagon!

Thankfully his story and message has been written up for us as a legacy in his autobiography ‘Out of the Black Shadows’ and in other books, CD’s, and on film. So his witness will continue for decades to come.

Perhaps I should now tell you that I had asked Stephen to preach at my own funeral, and he had agreed. So, he is a naughty boy to have died ahead of me!

We close assuring Mama Rachel and the family and the Malawi team of our prayers and deepest sympathy at this time.

And, beloved Stephen, enjoy heaven with your Lord and we look forward to seeing you there.

This is a profoundly sad day (18/1/2021) for the African Enterprise family as we mourn the passing on of our co-worker and brother in Christ, Stephen Lungu.  He was born in 1942 in Harare, Zimbabwe; married to Rachel Lungu; and had five children – Agnes, James, Faith, Samuel, and Esther.

Stephen came into contact with African Enterprise (AE) as an interpreter for our founder, Michael Cassidy, in 1982 during the Keswick Conference in Blantyre. By then he was serving as an Evangelist with Dorothea Mission through whom as a street boy and gangster he had come to Christ and been discipled. Following Michael’s invite, he joined African Enterprise and served with our team in Zimbabwe. In 1986, he was appointed as founding Team Leader for AE Malawi. With distinction he developed AE’s Malawi team from scratch. That team has excelled in carrying out Evangelism work and social action including playing a major role guided by Steve in conducting the firsts Malawi National Prayer Breakfast in 1999 (with Malawi’s current President among others).

His diligence was acknowledged in 1998 by being appointed one of AE’s four deputy International Team Leaders, a role he served in addition to his local role as a team leader for Malawi. When Michael (AE’s founder) was retiring, the obvious choice for his successor was Stephen Lungu – the former street boy who learnt English past the age of 20 years! The quote “God picks up a nobody and makes me a somebody in the hands of Jesus” totally resonates with Steve’s profound life. He served in that capacity to 2013, traveling all over the globe – USA, Australia, New Zealand – and all over Europe and Africa.

From all of us in African Enterprise, we knew him, not for his profound preaching, but also for his love for his dear wife Mama Rachael and his children. On missions he always reminded us how to be faithful to our spouses and to love and treasure our children – he was very proud of his children!

The Malawi AE Team remembers him often as he shared on his first time laughing ie upon receiving Christ at the age of 20. As a bitter murderous boy, he knew no laughter. He enjoyed his first hearty laugh when he received Jesus – and I believe his greatest joy today would be whoever is listening may equally find this Jesus and true laughter. We can now imagine that he is laughing with angels in heaven!

At the time of Stephen’s demise, he was an Associate Evangelist with African Enterprise based in Malawi. He was also the International Chairman of Dorothea Mission – where he began.

Our prayers are with you Mama Rachael Lungu and the family. May the Lord whom Steve loved so much refresh and comfort you.

Steve our beloved brother has fought a good fight and finished the race. May he Rest In Peace and Glory be to God!

My dear Brothers and Sisters in Christ,

This news is difficult for anyone who knew and preached the Gospel of our Saviour with dear Steve. I prayed for him when I heard the news of him contracting COVID-19 in the hope that he would sail through. Well, he has! Right into the presence of our Saviour.

During my time as an evangelist in the 1980’s and 90’s, I preached alongside him, with him and always enjoyed fellowship with him. I think the last time was when I invited him to preach at Uganda Christian University, a job he did splendidly. He ‘revenged’ by twice inviting me to preach at the Malawi (pre-election) National Prayer Breakfast and to the Presbyterian Church leaders later. I will miss him, but I am comforted that when we meet at our sweet home, we shall never be separated in our fellowship.

Comfort and prayers for Mama Racheal and the entire family. God will uphold them. 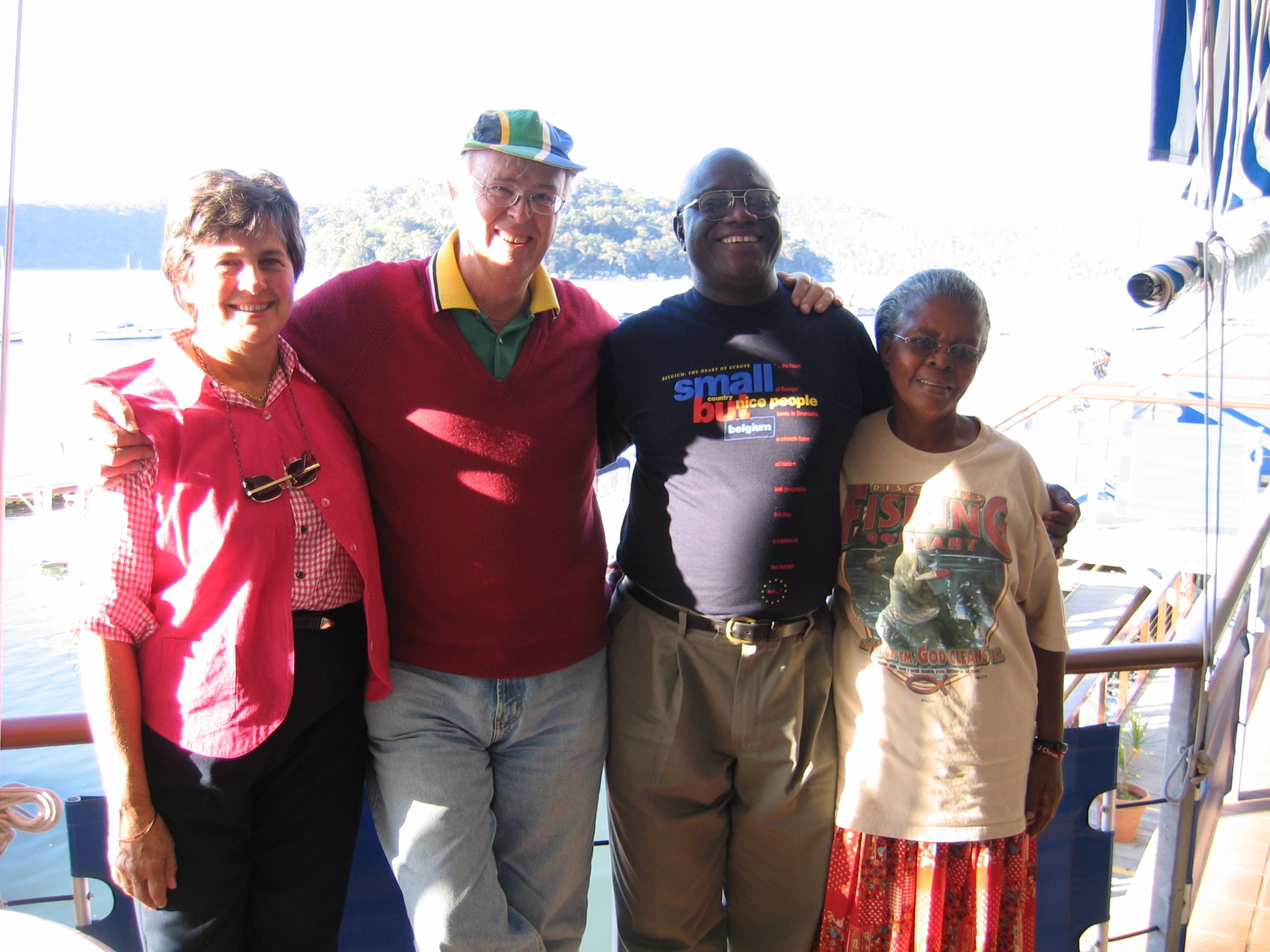 My condolence to all the family of African Enterprise. May the Lord console all of us in the hope of the resurrection. May our brother’s soul rest in peace. Please extend our expression of condolence to his wife, immediate family members and the Malawi AE team on behalf of AE Ghana board, staff, my wife and my good self. It is well.

Our dearest Rachel and family. May the Lord grant you the joy of the memories of your beloved husband Stephen, the peace that God is sovereign, and the hope that you will be with him one day in glory. We received the news in North America with heavy hearts of Stephen’s passing on to heaven. We as friends and colleagues in the USA and Canada are sure of one thing, and that his life and work had served God’s purposes well and with excellence here on earth, even though we are grieved at his call to his father’s house. ‘May the God of hope fill you with all joy and peace as you trust in Him, so that you may overflow with hope by the power of the Holy Spirit.” (Romans 5:13).

John Reynolds, on behalf of the AE USA and AE Canada Board of Directors. 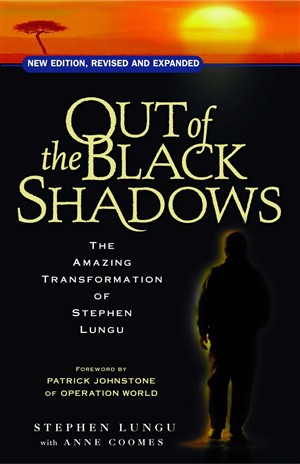 Our hearts are very saddened to learn of the death of a much loved and much respected brother. Stephen’s testimony and evangelistic message will live on for many present and future generations who will be blessed and know the Lord because of him. Please give our warmest condolences to Rachael and their family.

On behalf of AE Kenya Board, staff and our associates, we wish to express our deepest condolences to the family of baba Stephen Lungu, the AE Malawi team and all the associates. Even though we earnestly prayed that our brother would be healed, we accept the higher will of God to take him home.

We take heart in the fact that Baba Lungu has fulfilled both his eternal and earthly purpose with exceptional impact. He was a true general in the kingdom of our God. His gap is irreplaceable. Many souls will join him at the close of the age as part of his rich legacy left with us.

We rest in the assurance given by Paul that those who died in Christ, rest in Him too.

Our prayers go out mama Rachael and the entire family. May they find peace and encouragement in the Lord.

Baba Stephen Lungu loved his Saviour, Jesus. And he loved nothing more than telling people about Jesus, his best friend. He radiated Jesus! He was a great man of God, a most gifted evangelist that hardly needed a microphone to amplify his voice.

Stephen had a uniquely powerful testimony that went before him and opened doors for the gospel all around the world. Multitudes came to salvation through his preaching, and he was loved by masses around the world. He had a great sense of humor, and he was always smiling! The joy of the Lord truly was his strength! Stephen ran the race with endurance till the end…an amazing example to us all. It was a privilege to work with him, and to learn from him. He will be greatly missed.

Our deep condolences to Mama Rachel and the family.

We had a God-shaped hole in our lives

Cooper Kruize, an AE supporter, reflects on why he partners with AE and meeting Stephen Lungu. I was a young man in high school searching for something to fill a hole in my life, God through Stephen and his story, showed me that it wasn’t popularity, influence,...
Read More

Remembering Stephen Lungu 1942 – 2021 Tributes have sprung up around the world, following the tragic news of Stephen Lungu’s passing. Each of these tributes honours Stephen’s fruitful ministry, and reflects on his beautiful smile and joyous laughter. It was not always...
Read More

Stephen Lungu clutched his bag of petrol bombs tightly as he and his fellow gang members approached the large gathering inside the tent.  It was just before 7 PM and a huge crowd had gathered to hear the Gospel in Machipisa township on the outskirts of Harare, capital...
Read More 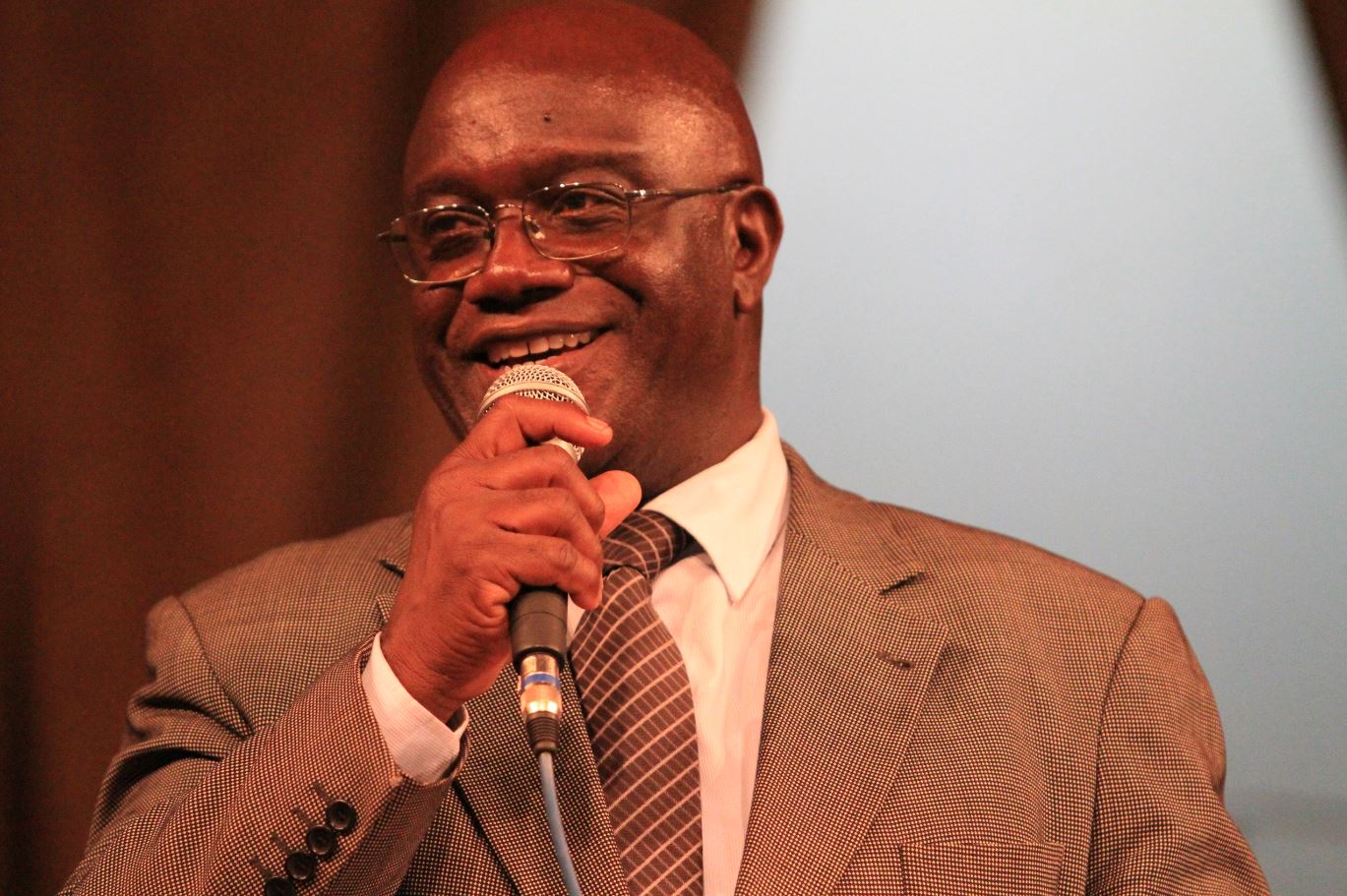 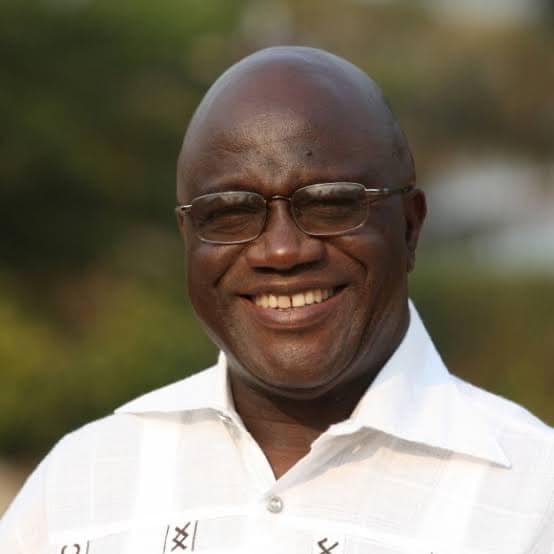 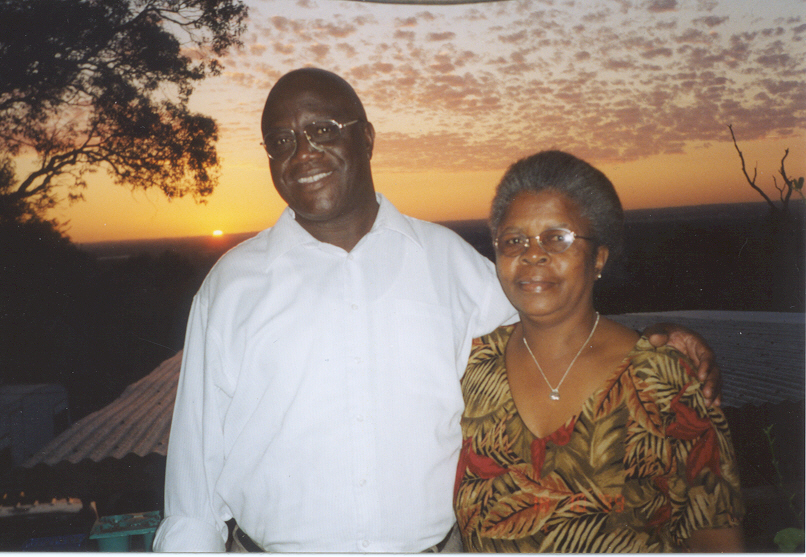 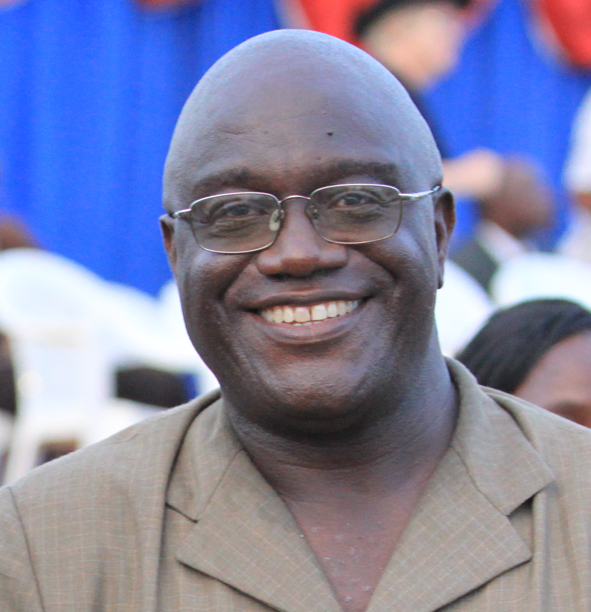 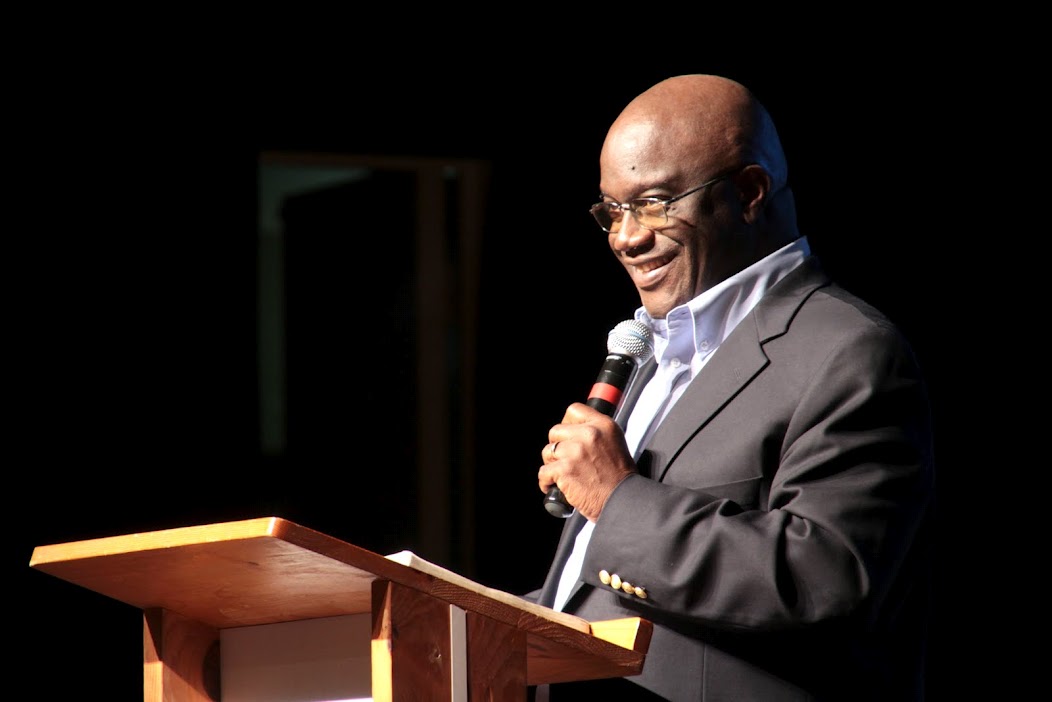 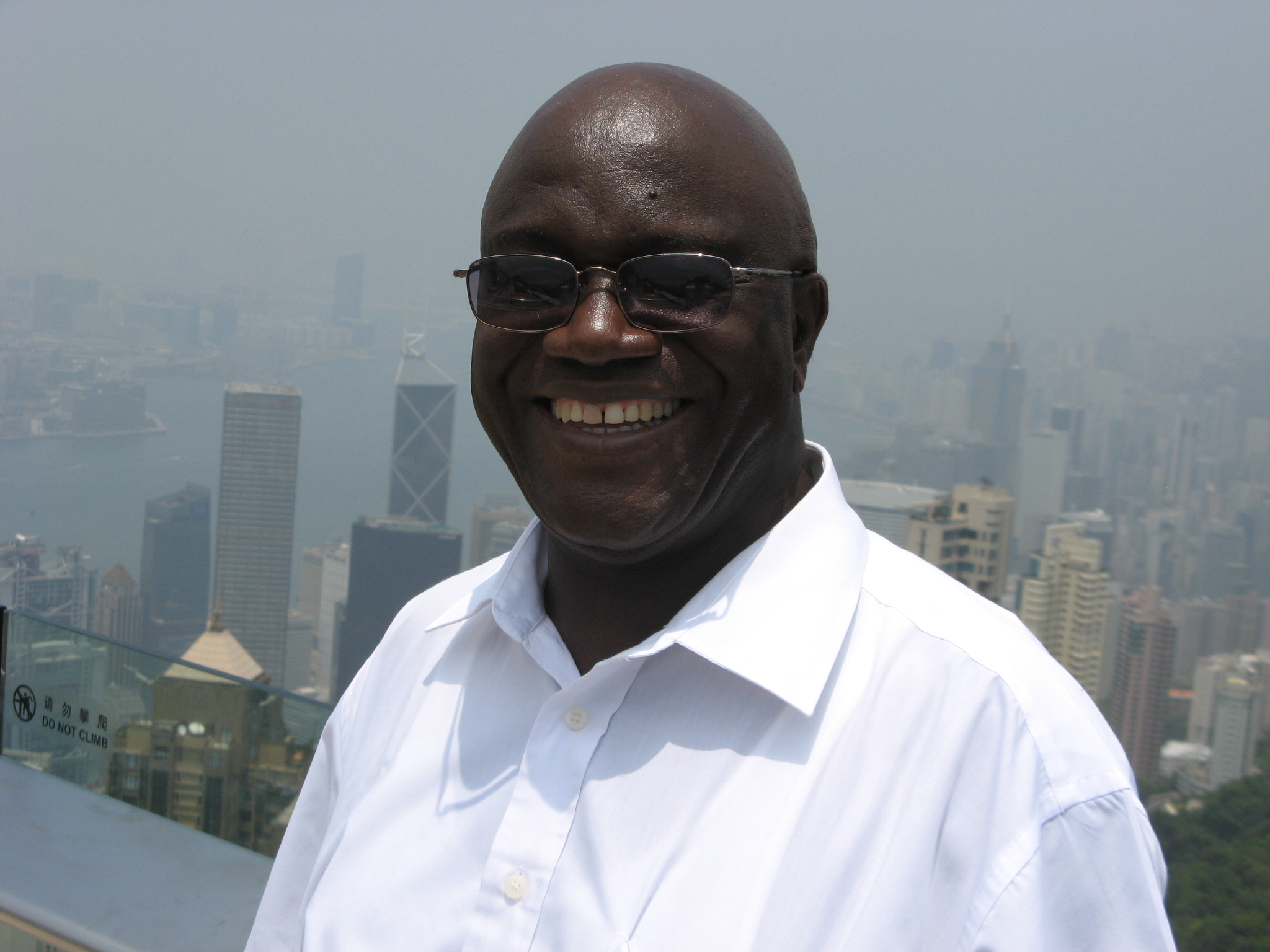 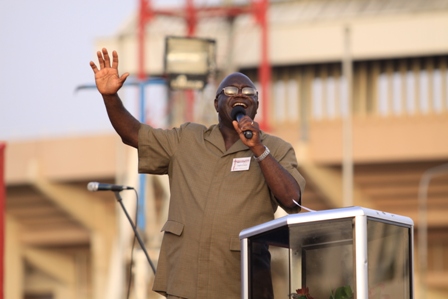 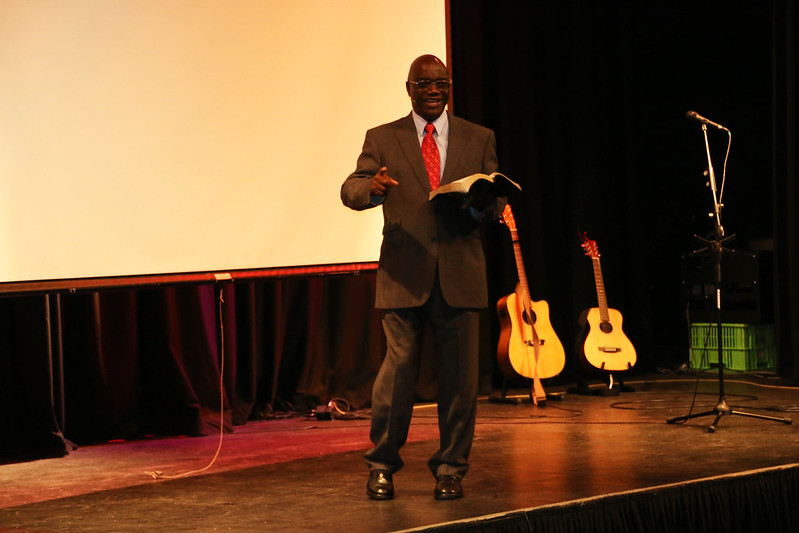 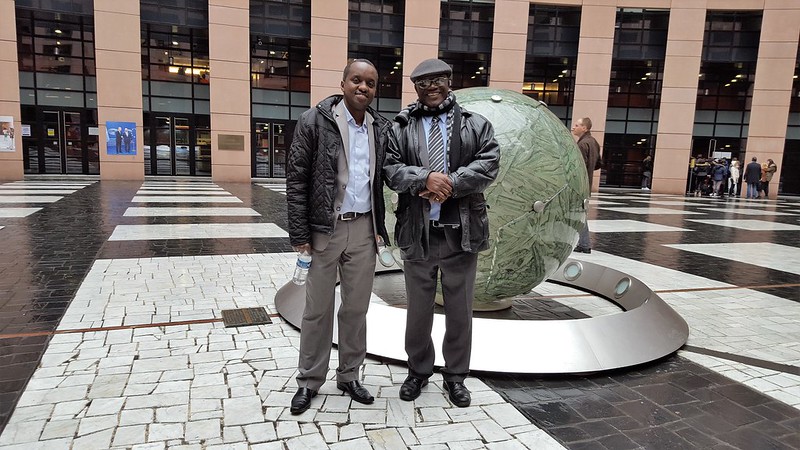 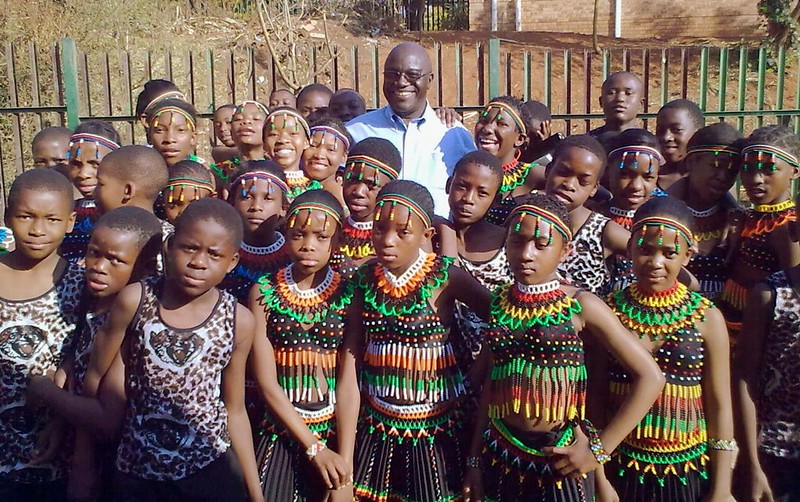 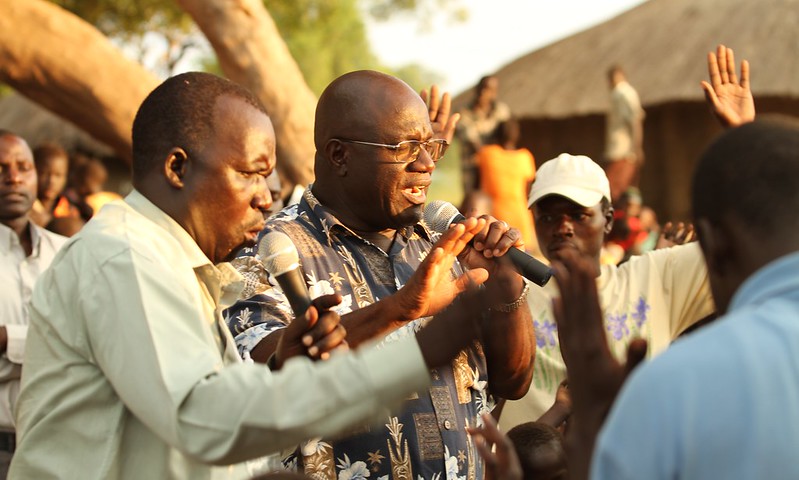 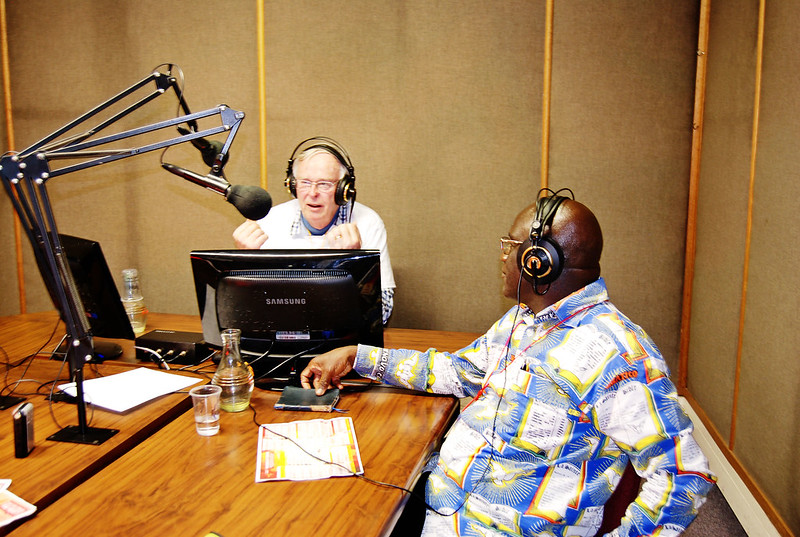 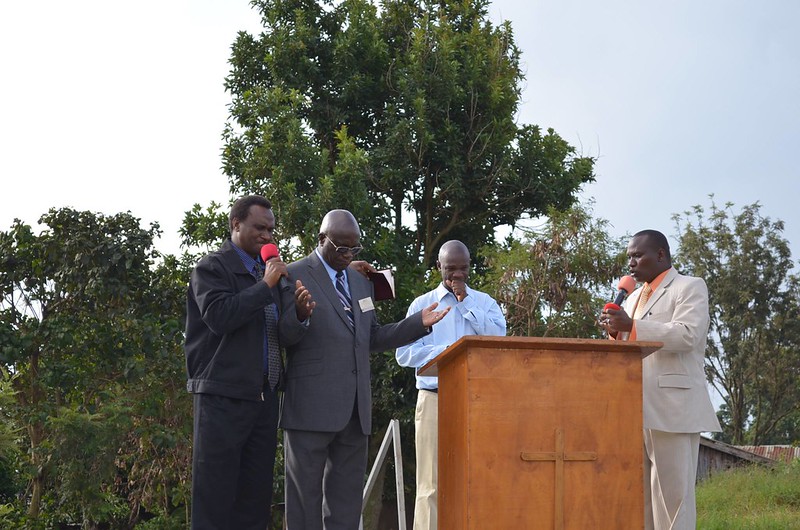 Please share your tribute, story or memory with us