From Fear to Forgiveness 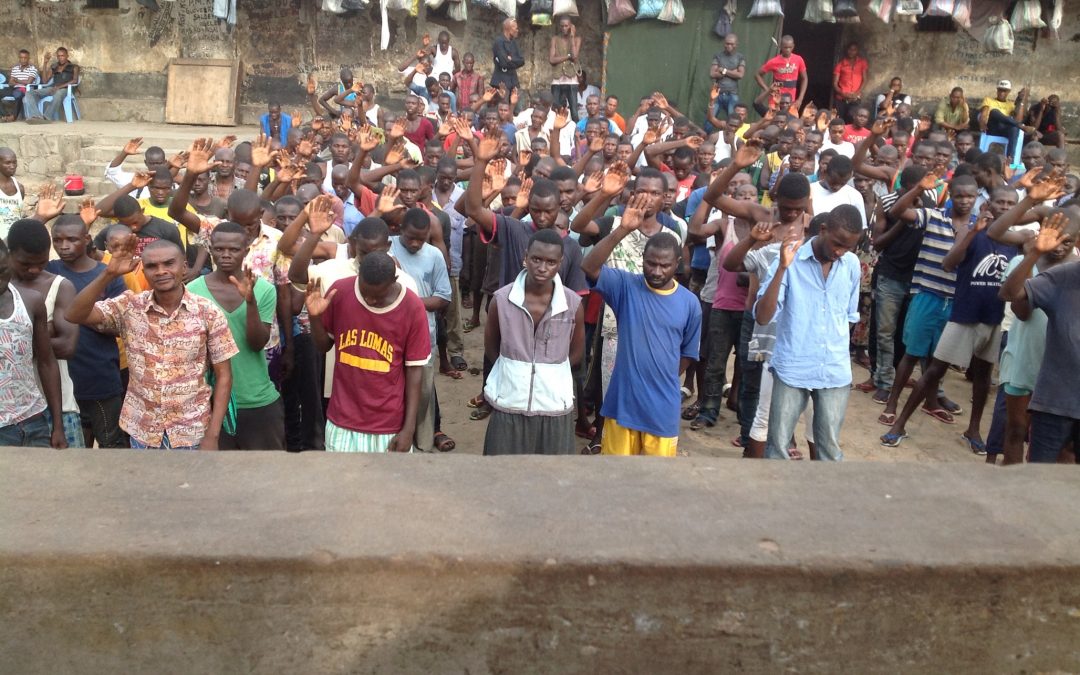 Karuanda prison in the Huye district in the southern province of Rwanda is home to many accused of engaging in the genocide against the Tutsi’s in 1994.

During the Huye mission Evangelist Albert Mabasi, AE Rwanda Mission Director went to this prison to follow up with some inmates who had responded to the Gospel earlier in the mission week. Being a genocide survivor, he was in disbelief as he found himself standing in front of the genocide perpetrators.

Albert said; “I am a genocide survivor, and for sure it is my first time going in there. For me looking at people dressed in jumpsuits frustrates me, because, I immediately think of my family that I lost during the genocide against the Tutsi’s in 1994. I was so scared standing in front of them, imagining if they all wanted to tear me to pieces! But within that scary mood, I felt that compassion that Jesus had when he saw weary people, and the Holy Spirit told me to love them like Jesus. I took a breath and felt the spirit of love in me towards them, because they also needed the Gospel to set them free even though they were enclosed in prison. I thought of the scripture found in Matthew 9:36: ‘but when he saw the multitudes, he was moved with compassion on them, because they fainted, and were scattered abroad, as sheep having no shepherd’. Therefore, I started preaching to them freely with much compassion but surely it was not easy.”

God doesn’t just work in the people to whom we are preaching the Gospel, He also works within the preachers, missioners, staff as well as church leaders.

Our Lord Jesus is merciful to all mankind and sends His children to preach the Gospel to everyone, regardless of the sins that have been committed. Jesus died for all and we are grateful for the way he is using the Huye City mission to bring even the most unexpected hearts to his glory.

We thank God for the great harvest in Huye, and join the AE Rwanda team in earnest prayer for the preservation of the fruit of the mission.

Our next city-wide mission will be in Mombasa, Kenya from 27 June – 7 July!

Prayer is such an important part of supporting African Enterprise. It’s one of the gifts you can give Africa – your time in prayer. And Africa needs your prayers now more than ever. A couple of months ago when we compiled our Prayer Diary for May, June and July, we...

Passionate about caring for People with Albinism Malcolm & Pam Humphreys Supporters of AE: 30 years We have been supporters of African Enterprise for over 30 years and have been delighted and amazed at the size of the harvest as the gospel has been proclaimed by...

Luyanda Zulu Rejection – I was abandoned at birth. So, I’ve always felt unloved, unworthy and this all led to me trying to fit in for I struggled to be accepted socially. How I dealt with this the current church (Christ Amplified Church) I joined had a real positive...