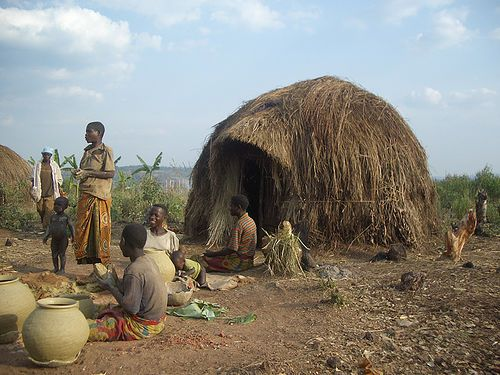 Passionate about caring for People with Albinism

We have been supporters of African Enterprise for over 30 years and have been delighted and amazed at the size of the harvest as the gospel has been proclaimed by AE outreaches to millions of people all over Africa.

Over the years, as we have travelled through the continent, we have seen many examples of Christian churches sharing God’s love in their communities with an enthusiasm that many western nations would covet. We have also been saddened to see so many people in desperate need including a group of people with albinism (PWA). Albino people are to some extent a forgotten people in the cities and rural communities in Africa.

Albinism is caused by low amounts of melanin, a protein which provides the skin pigmentation required to protect against the harmful effects of sunlight’s UV rays. Africa has the highest incidence of albinism in the world. Because of their white skin, often scarred by skin cancers and with a pink eye colour, they stand out in communities and their difference with others often leave them to be feared, marginalized, even persecuted and without job opportunities.

As a family we had been providing some support to albino people elsewhere in Africa and felt led to extend that help to Zimbabwe. It seemed logical to ask AE in Australia if we could visit the Harare AE office to discuss how we hoped to start helping PWA and other needy people there. We had immediate encouragement from the Australian CEO at the time, Peter Cheel, to do so and some weeks later we met with Guide Makore, Zimbabwe team leader in Harare. With Guide’s enthusiastic support his wife Forgiveness committed to joining our efforts to reach out PWA and other needy people.

The programs aim is firstly, to bring self-respect to albino people and the good news that God looks at their hearts with love. Also to educate communities to help take away the stigma of albinism. Secondly to provide and encourage the use of sunscreens, hats and clothing that protects against the sun. Thirdly to develop and encourage self-help projects, such as chicken egg production or breeding, peanut butter making and planting cereal for crops and fruit trees for gardens.

We are very grateful to AE for allowing us to call on Guide services despite his commitment to AE Zimbabwe and of course his lovely wife Forgiveness who is really the glue in organizing and implementing our support programs in Zimbabwe.

Above all we are grateful for God’s blessing on these efforts. When we started the program we were aware of only 1 person with albinism in Harare. We now commonly have 200 people with albinism and their families attending outreaches in Harare.

Thanks to the bush telegraph we also now provide help and support to a similar number in Chitungwiza, Gutu and as far afield as Binga.

God loves people with albinism and so should we. 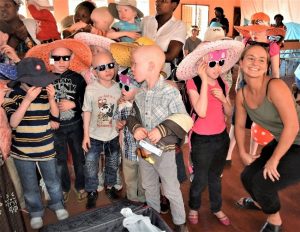 Passionate about caring for Africa.

Arthur was born in Burundi Africa where his parents were mission workers with the Church Mission Society for 40 years. He attended boarding school in Uganda and Nairobi before finishing his schooling career in London. After completing his medical degree, Arthur and his wife Jan spent 12 years in Tanzania with Crosslinks Mission Society. They moved to Australia after their time in Tanzania but have continued to support the work that AE does for the past 30 years. Arthur is passionate about caring for Africa, not just because he grew up there but also because he has seen first handed what God’s work has done in Africa.

You can read more about Arthur in the July edition of African Harvest magazine.