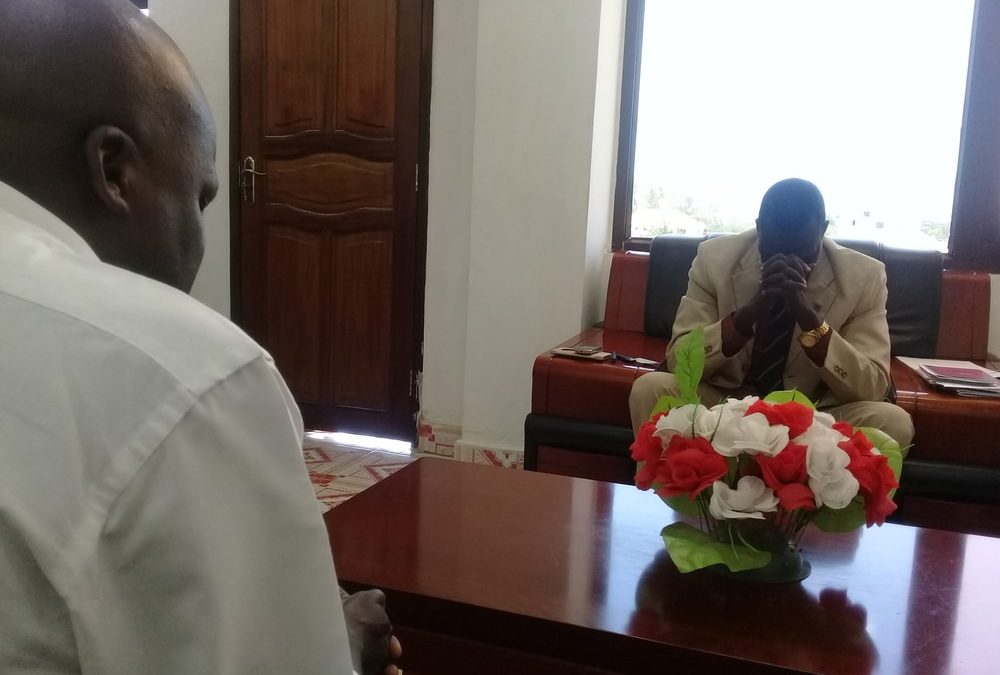 A young man in South Sudan has spoken about the horror of day after day passing dead bodies in the streets as he walked to and from his home in the city of Juba.

“During last year’s fighting, when many people died, dead bodies were left on streets near our houses for many days”, Joseph Kharim says.

This left children and young people deeply traumatised and without hope.

“I, too, was struggling with my emotions, and as a youth leader in my local church I knew there were many other young people with the same problem”.

Through his university studies, Joseph came into contact with African Enterprise and the Peace-building, Reconciliation and Leadership Development program AE was running in Juba.

He sighed up and says the program’s trauma-healing forums have not only helped him deal with the horrors of war, but also taught him skills which he says are enabling him to serve his community more effectively.

“I wanted to become a champion of peace and reconciliation, as well as learning how to counsel and support those who’ve gone through the same traumatic experiences I have”.

Joseph is now ministering to a growing number of students in schools and at Juba Christian University, helping them to make wise decisions with the choice of careers and with the lifestyle temptations they face – joining gangs, petty crime, sex, drug-taking and alcohol

“I thank God because so far I have witnessed many young people choosing to follow Christ and live meaningful lives free of drugs and other vices”, he says.

“And I want to thank God for AE and their ministry in Juba and hope that through AE more young people will get empowered to live better meaningful lives, helping to build a more peaceful South Sudan”.