Fellowship of Christian Doctors and Dentists listen to AE 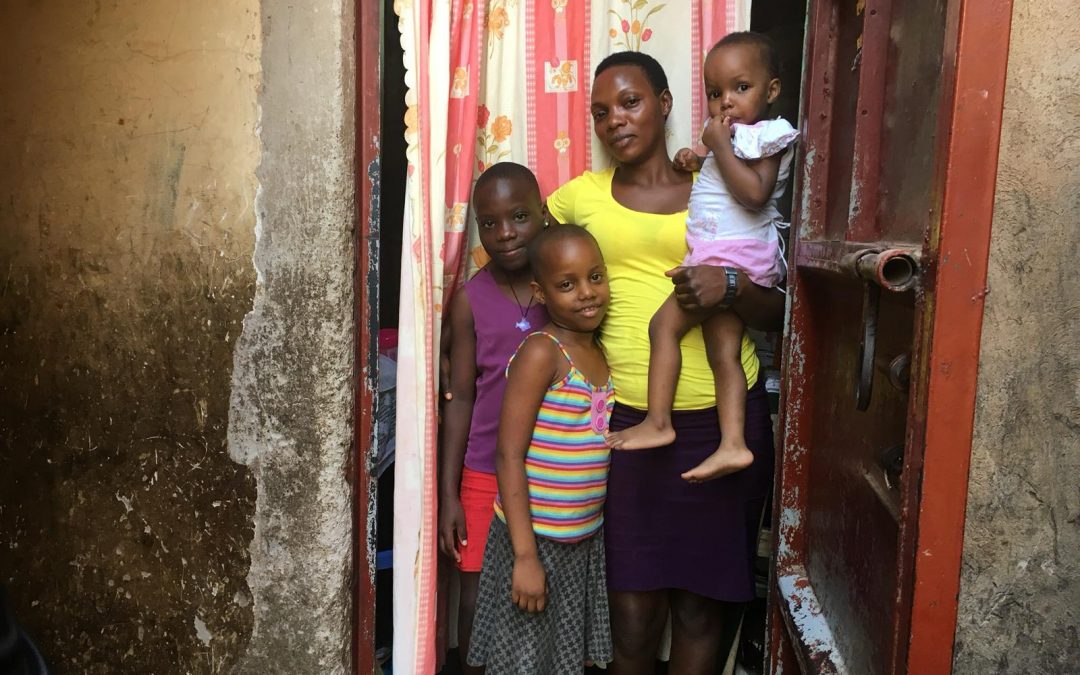 This article was originally published in Christian Today.

In the vast urban sprawl within Sub-Saharan Africa, Celeste lives in a tiny space between two buildings with her three children. A single mum, she finds it hard to make ends meet whilst her children play in the narrow alleyway and mud street, streams and rubbish within the slum.

I met Celeste whilst on mission in Kampala, Uganda, and was invited by her neighbour Eugene, an unemployed university graduate, to see how they are living side by side in the slum.

Accompanied by the AE Ugandan team leader Paul, who translated for me, I was struck by the hopelessness of the situation in the slum, and at the same time the hope that Celeste had in God to see her and her children pull through. In her 3 metre by 3 metre accommodation nook, no bigger than a small walk-in wardrobe, she had posters on the wall testifying to her faith.

“I love God” she said, bringing a lump into our throats. “He will see me through”. In the meantime, her young neighbour Eugene also attended to some of the practicalities of ensuring this small family’s survival through food and meagre money that he managed to obtain. 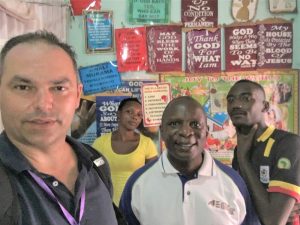 Photo – Ben Campbell in Celeste’s house with Eugune and Paul, the team leader.

I met both these people during the AE mission in Kampala in September 2018, both of whom were volunteering to clean up the only grassy play area for children, which was rapidly becoming a dumping ground for rubbish.

Eugene said that the state of affairs in the slum was such that only AE was capable of being able to coordinate such a clean-up, independently of the politics within the slum, and set an example of Christ’s love to care for the children and widows in distress.

In the course of our visit, we became aware of an overflowing pit latrine that had served the community for a number of years, but now was unusable.  Helping the community to determine how they will address the health and sanitation of their community became an important part of our mission focus.

Sanitation issues continue to be a leading cause of illness and death amongst the poor urban communities of Africa, particularly affecting the young people who are out playing in their only environment, as kids do. The only difference is the state of the environment they are playing in. 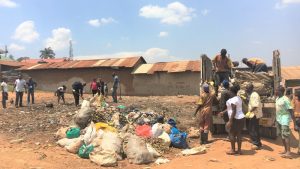 Photo – The big clean up.

It is these types of situations that have galvanised many Christian organisations to assist, and in the case of African Enterprise, we aim to express the love of Christ through practical assistance as well as uniting churches for mission in the cities of Africa.

It was an aspect of mission Africa that I recently brought to the attention of the Fellowship of Christian Doctors and Dentists in Canberra on the past long weekend, and the importance of the involvement of the medical community to help address these needs.

Accompanied by a South African medical practitioner Dr Jacobs, now studying health management in Australia, we jointly presented on the various aspects of health outreach AE is involved with, in particular the medical clinics AE is running in Nairobi (Soweto Kayole) and Kampala (Milne clinic).

With the assistance of the medical fraternity and the wider evangelical community, our aim is to build an obstetric unit to reduce the infant mortality rate running much higher than UN standards.

As you reflect on God’s role for your life, and how you are witnessing to Christ’s love today, where is God calling you to make a difference today? Is it in the far flung regions of Africa, 20 hours flight from Australia, or is it next door to you? How is God calling you to love your neighbour today.

Link to the original article: https://christiantoday.com.au/news/fellowship-of-christian-doctors-and-dentists-listen-to-ae.html
Feature image: Celeste at home with her children in the Kampala slums