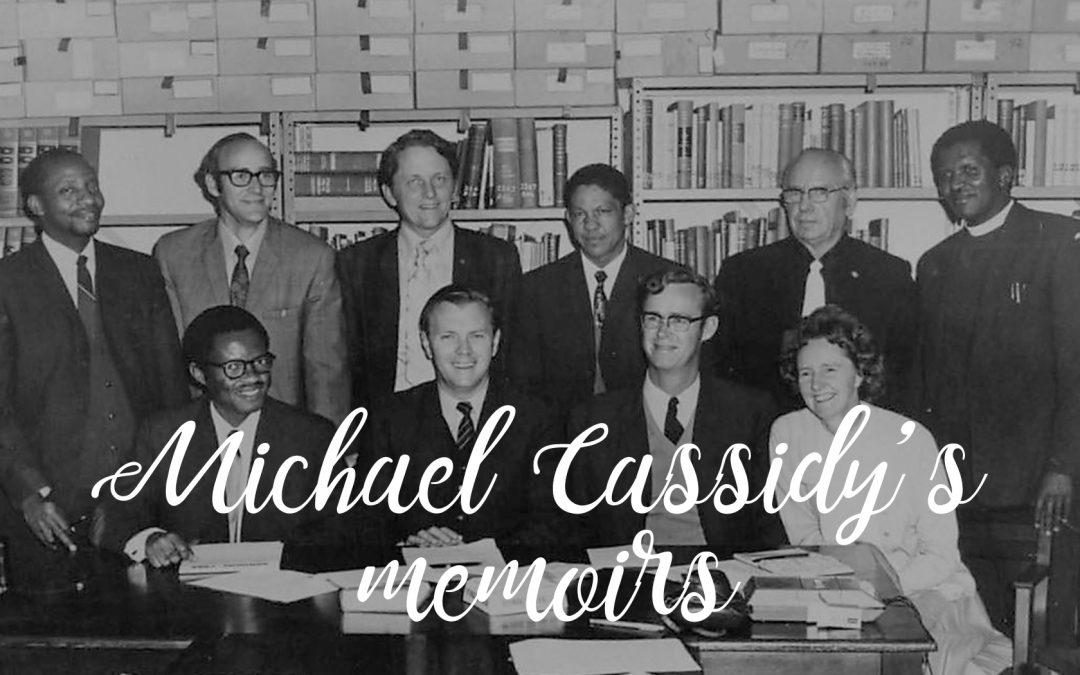 The autobiography of Dr. Michael Cassidy, one of the most influential people in the development of modern South Africa and a key figure in the growth of the Christian church in Southern Africa over the last fifty years. As the nations of Africa shook off the shackles of colonialism and embraced their newfound independence in the 1960s, a singular figure burst into prominence in the tumultuous and expectant atmosphere gripping the continent. A son of apartheid South Africa, Michael Cassidy appeared an unlikely candidate to bring a Gospel message of salvation, reconciliation and hope to a land throwing off the chains of white rule.

“This is truly a “must-read” book! Full of detailed, moving accounts of personal stories – including miracles and gripping accounts of faith in action, courage in situations of high tension and danger, and reconciliation. This biography of a man whose faith led him to make a unique contribution to the promotion of peace and equality of South Africa is profoundly inspirational – and a glorious Christian witness for the rest of Africa and, indeed, of the world.”

“The book shows that redemption can be personal as well as social and that there can be godly resistance to evil which does not fall into the trap of emulating the way of the oppressors. Michael has been able, in his own life, to overcome the division of race, denominations and theological emphasis with simplicity and integrity. I have learnt much from his example. I know that others will too.”

Please let us know if you’d like a copy of this extraordinary book!

“The course on Christian leadership has been very helpful to me, because through it we are learning just how much leadership is of and from God. It is impossible to lead His people effectively without having a relationship with Him. The task of leadership is not an...

“This semester has been wonderful in terms of my studies. I enjoyed missiology and the best book I read was “Transforming mission” written by Bosch. Where I come to understand that the mission of God is ultimately an activity of God himself in which God became flesh...

“PTC has been a very helpful tool to me. The interpretation of the Bible has become easier. It has been a time to make me better. I don’t just share the word of God without clear analysis of the word. I have therefore become a better preacher thus effective pastor....