South Africa is a large and multi-ethnic nation that forms the southern section of the African continent. It shares borders with six nations: Botswana, Lesotho, Mozambique, Namibia, Swaziland and Zimbabwe, and completely surrounds Lesotho. South Africa has been an African nation of relatively strong economic and political stability in its very recent past – despite its large geographical size and great number of ethnic groups. There are 11 official languages in South Africa and they reflect the colonial history of the country including British and Dutch control, as well as the original inhabitants through various Bantu languages such as Northern Sotho and Swazi. Apartheid created tremendous pressures in South Africa throughout the 20th century, with enduring impacts visible on the people and land including brain drain, refugee influx and resource allocation issues.

Theuns came onboard as African Enterprise South Africa Team Leader in 2017 with a wealth of ministry experience. He and his wife Charlene had previously served at Shofar Christian Church in Franschhoek for over a decade. They have three young children, Christiaan, Esther and Reinhart. Theuns is filled with a sense of purpose to see how God can do a “New Thing” in AE South Africa while remaining faithful to the traditional mission. 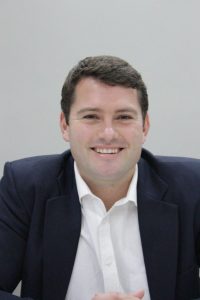 Youth are the future of Africa, and it is essential that effective youth discipleship and empowerment programs are part of our mission strategy. The Foxfire Team is the youth arm of African Enterprise’s evangelistic and mission activities. Teams are made up of young people, with a passion for evangelism, who give a year of their lives to the service of the Kingdom. The year begins with two months of intensive training before they are released into ministry. Foxfires then visit schools, youth groups, churches, children’s homes and colleges in and around the cities in which they are based. Using energetic and exciting dance and drama programs to attract and connect with the youth, the Foxfires bring the Gospel message to young people and are able to speak to them as one young person to another.